Jacarandas in bloom at Lalbagh 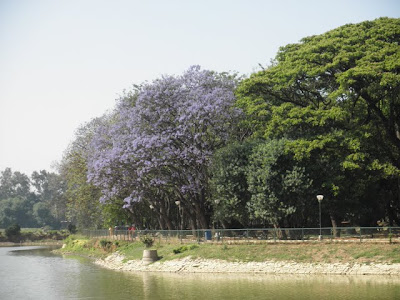 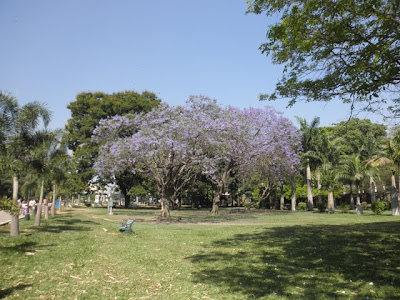 Its that time again. 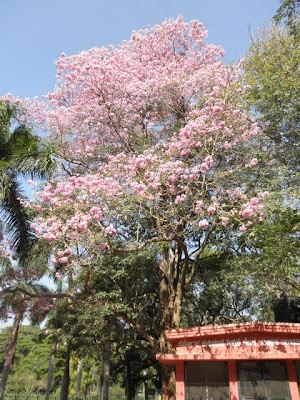 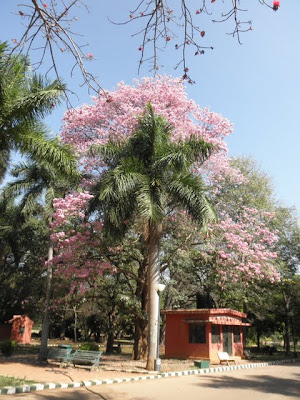 The whites, pinks and lavendars are here as well!

A white trumpet tree in bloom at lalbagh. And if you look closely, to its right is a pink trumpet tree and then a lavendar jacaranda. 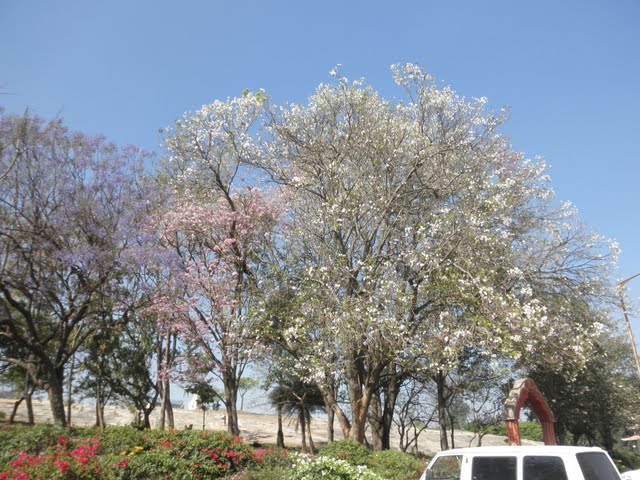 Bangalore, March 21:
Karnataka on Monday banned plantation of Eucalyptus and Acasia on forest land in a bid to discourage monoculture forests due to the ecological damages these species cause, the State Government said today.

(This article was published in the Business Line print edition dated March 22, 2011)
1 comment: Links to this post

It is a repeat performance of last year. March is the time when the yellows of the carribbean trumpet tree descend on us in all their glory!

On the way to cubbon park 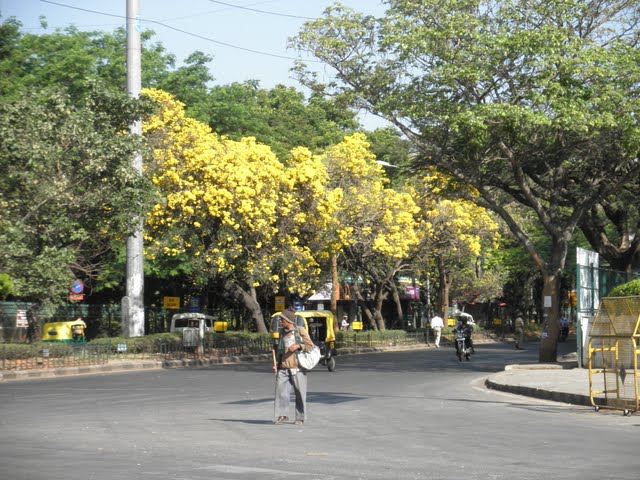 Images from the streets of Indiranagar 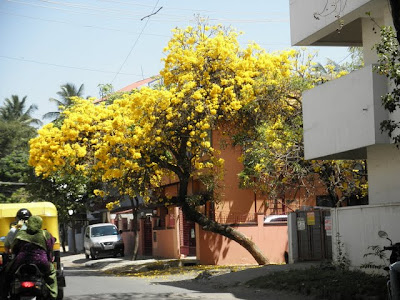 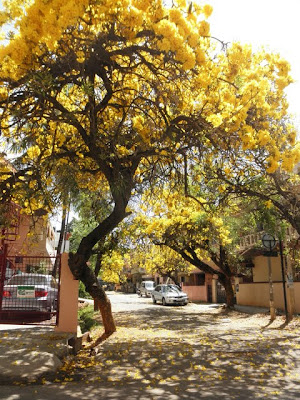 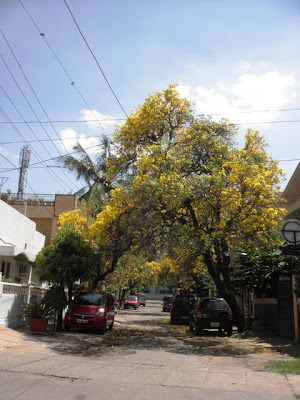 Update on the molluscs and crustaceans

Members of the Madras Naturalists Society have helped identify the molluscs, prawns and crabs found at Auro Beach! Head on over.
No comments: Links to this post

While walking back  to the parking lot from the IISc run, I saw a humungous beehive! I did not have my camera with me though, hence could not capture the impressive lattice work. Imagine my delight, when the following sunday, while running at Cubbon park, i saw yet another beehive, quite like the first. Must be the season!

If you peer closely at the 'gaps' you can see the hexagonal cells of the honeycomb. 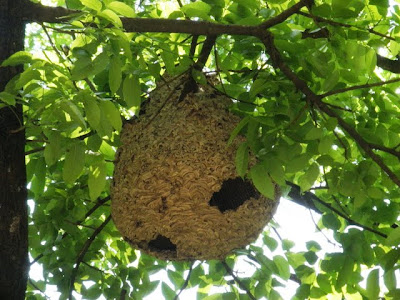 Here are a couple more from Lalbagh, taken today. 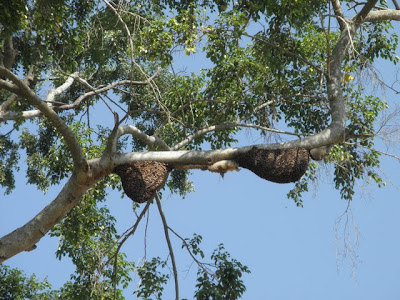 March is when I start keeping a lookout for the presence of buds on trees.. the first ones of spring. Gone are the winter bloomers - the bottlebrushes and the Millintonia Hortensis and the roses in the parks. Its time for the reds, the yellows and the pinks!

Sadly the start of the spring was marked by the fall of a neighbourhood tree, one i had blogged about previously. We could not sleep much the night of the 2nd of March, there was a strange wiring sound in the wee hours of the morning. I thought it was a bike (or several) starting up, but later realised it was the device that the corporation uses to chop branches.

This tree had fallen sometime in the night. By morning it was all chopped up, clearing way for the stream of traffic around the corner. It came as no wonder that the tree fell - one side of it had been done away completely earlier, to make way for the building. It is a wonder how it stood lopsided for so long. The same fate unfortunately awaits all of the trees in this stretch, whose branches are allowed to grow only on one side, upsetting their natural balance. 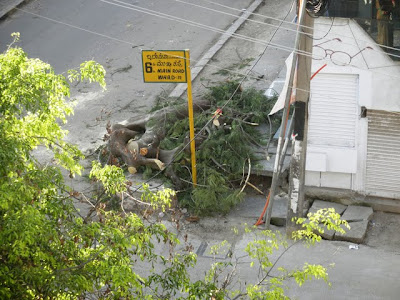 This last Sunday saw several of us participate in the 10km run organized at the IISc (Indian Institute of Science) campus.  I went, not just for the joy of walking/running, but also to see the campus. It was lovely! Trees everywhere, lining most of the paths we ran through.
﻿
﻿
1 comment: Links to this post

I'm happy to have had enough material to contribute to two festivals this month:

The Festival of the Trees: In Dave Bonta's words - an 'embarassment of riches', a 'veritable forest of links' - the 57th edition of the fott over at Rebecca in the woods.

Labels: . festival of the trees, . i and the bird
Newer Posts Older Posts Home
Subscribe to: Posts (Atom)