View from the new apartment 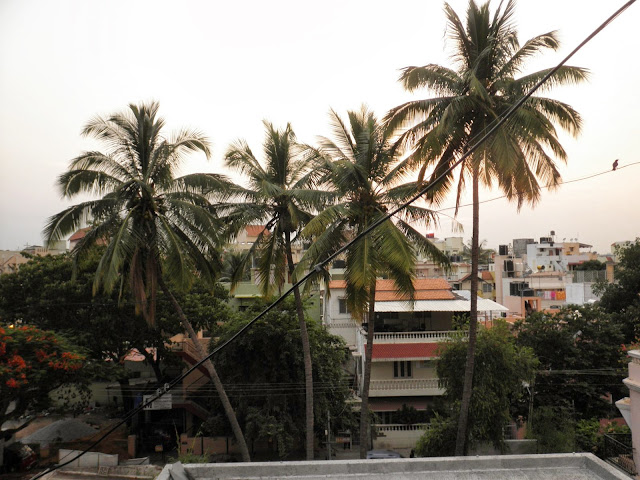 How green is my city?


“Free birdsong! Free flowers! Rains guaranteed!” No, this is not an over-enthusiastic billboard or sales pitch for a new-fangled instant solution to harried city-dwellers. Instead, this is a promise on an electronic tree on the website of Bangalore-based group Trees For Free. They’re talking about trees, of course. And they mean every word. Since Trees for Free began in 2005, the organisation — led by Janet Yegneshwaran — has been turning Bangalore greener.


Slowly, if significantly, urban afforestation efforts like Janet’s have established themselves across the country. Sapling drives are a common sight but more concerted efforts — involving research and planning as well as follow-up — are providing a fillip to the idea of cities with greater green cover.


One such group — one of the few that functions as a company — is Afforestt, a Bangalore-based group of ‘forest creators’. Since January 2011, Afforestt has been active all over India creating forests — many in urban settings — using a special method called Miyawaki. “It’s robust and effective and makes forests grow 10 times faster,” says Shubhendu Sharma, founder of Afforestt.


Other groups include Delhi’s Centre for Urban Green Spaces, which helps plan planting programmes through its Urban ReLEAF initiative; Chennai-based Nizhal, and Mumbai’s The Sapling Project. These groups have expertise and support and work at various levels: from creating and maintaining forests to allowing people to indirectly plant a tree through a signature or a click. But the focus is the same: greening our cities.


When it comes to cities — fast-expanding, growing denser by the day — just how green is green? The World Health Organisation’s guidelines say that bare minimum is about nine sq.m. of green open space per person. Many of India’s cities, as it turns out, manage to meet this minimum. Data from Census 2001 indicate that Delhi has about 21 sq.m., while Bangalore has 17 sq.m. Of course, that’s the bare minimum.


The figures don’t show that our cities are steadily losing their tree cover, thanks to infrastructure projects. “The first victim is the tree,” says Vanita Mohan of the Coimbatore-based Siruthuli’s, “especially when it comes to road widening.” Siruthuli aims to plant 1.5 million trees across the city.


Rapid degradation isn’t confined to bigger cities, observes Amit Bhatnagar, who founded the Rishikesh-based Plant a Tree India; he has seen it happen even in Rishikesh. “Just 10 years ago, much of the land was used for agriculture,” he says. “Now it’s a tourist’s city; tree cutting is rampant.”


Besides the shared sense of dismay at tree-felling to widen roads or build apartment complexes, another explanation for the growing interest in greening our cities through trees, suggests Shubhendu, could be technological. Rather than opting for lawns or other landscaping solutions, people are using the Internet to keep up with research — and they’ve figured out that trees and forests are the environmental workhorses, he says.


What does it take to create complete forests in cities? Shubhendu says urban soil is typically depleted of nutritious material. Before creating a forest, soil needs to be softened and prepared for planting by adding biomass. Having adequately softened soil, saplings are then planted using the Miyawaki method. Within three months, the roots penetrate a depth of one metre. Survival chances are then extremely high. To mimic a natural forest as far as possible, the soil is covered with a thick layer of mulch to conserve moisture and set off a natural cycle of water management.


Tree-planting groups have implemented projects at a variety of locations; from backyards at individual homes to police stations and even corporate campuses. Thinking of forests or sudden bursts of concentrated greenery in these distinctly urban settings might seem unintuitive but they are creeping up around the cities. What’s more, as anyone with the barest hint of a green thumb will remind you, a forest isn’t just a clump of trees; it is a complete ecosystem, buzzing with bees, birds, butterflies, and bats.


These green groups typically choose native species, ones that have typically done well in the cities. Neem, avenue (honge mara or pongamia pinnata), Kadubadami (tropical almond) are favoured. “Trees with berries — such as the jamun — attract a lot of birds,” says Vanita.


For all the biodiversity they attract, urban forests require a distinctly human caretaking. “Urban forests are fundamentally a human-dominated ecosystem,” write Pradeep Chaudhry, Kenjum Bagra and Bilas Singh in a paper on the green cover of India’s cities, published in the International Journal of Enviromental Science and Development in 2011. “The role played by human beings in the urban forestry environment is critical.”


Urban trees must weather a multitude of obstacles. In particular, roadside tree-planting activities — heart-warming as they might seem — might be limited to only symbolism, suggests Mumbai-based Shardul Bajikar, natural history editor of Saevus, a wildlife magazine. If the typically fragile saplings do survive, there is no guarantee that they will not soon meet their end in road-widening projects a year or two later before they become trees, he says.


So creating well-grown saplings is crucial to give them a “leg-up on survival,” says Bajikar. Obtaining high-quality and appropriate saplings is only one part of the problem. Once planted, saplings need constant monitoring and, of course, regular watering. If commitment to watering and other maintenance is not built-in, the initial enthusiasm can die an early death. “Most initiatives fail in summer because the saplings are too young,” he says.


Given these challenges, even with urban planting initiatives, the way ahead may simply be to avoid felling trees, he says. The rhetoric of ‘Felling is okay, as long as replanting is done’ falls flat because it takes a good 15-20 years for saplings to grow into trees and provide the benefits of a full-grown tree. Unless, of course, you’re looking at a protected area, like a mangrove or nature park — “Urban places you’re sure development won’t reach”. One success has been the Mahim Nature Park in Mumbai, formerly a city corporation dumping ground. “It literally is a forest that rose over a heap of garbage,” Bajikar says.
2 comments:

Pictures from my mother through the last two months 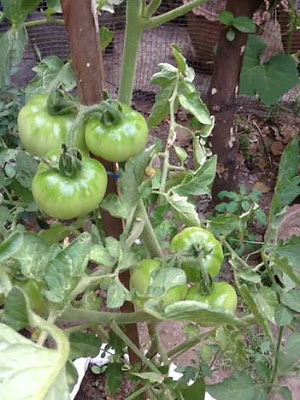 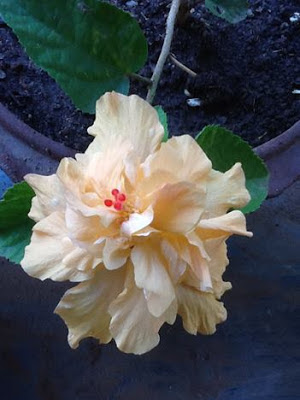 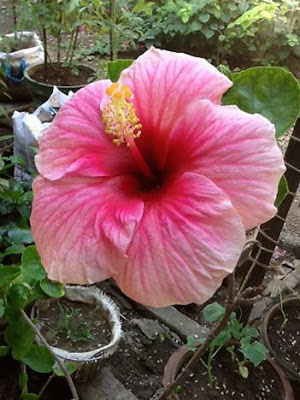 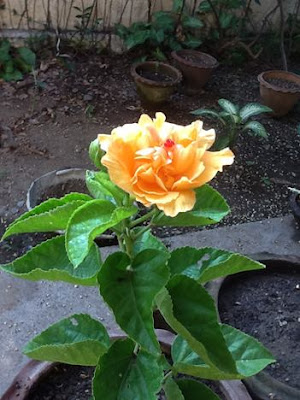 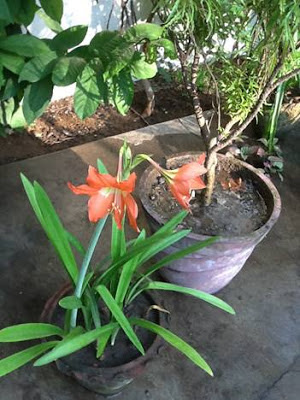 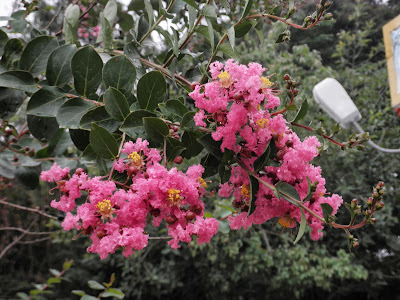 The Karanji lake was quite a delight to walk around. It was very well maintained and hosted many trees and plants along the pathway. 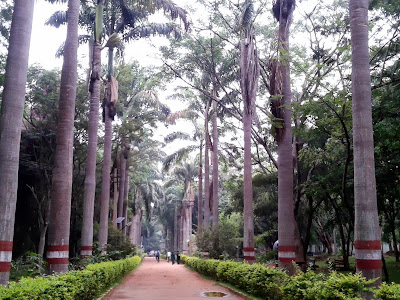 There was a 'bird exhibit' - a large area with a net that was quite high that housed many different types of peafowls. There were atleast 10 peacocks, many displaying their striking plumage. There were also some really elegant black swans. 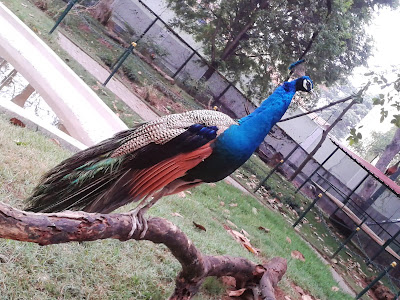 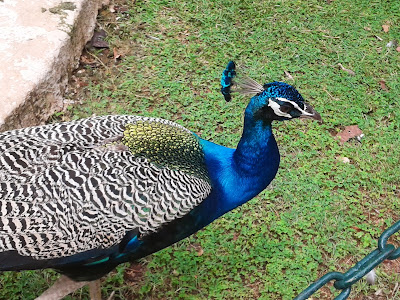 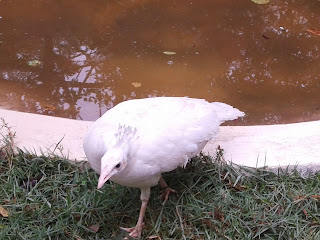 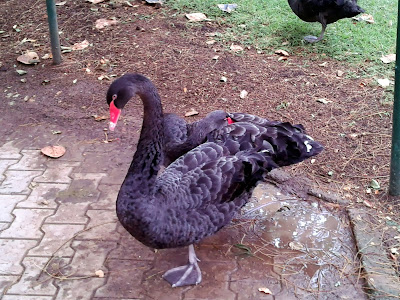 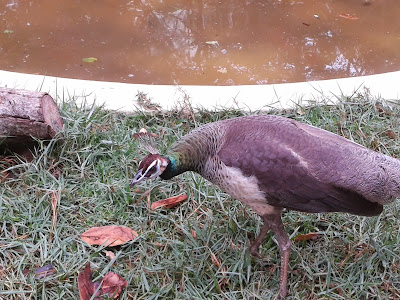 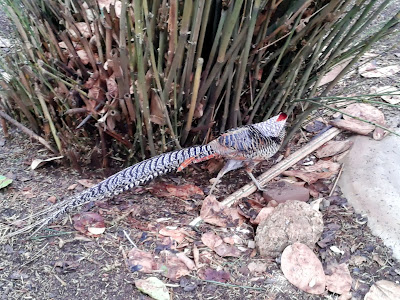 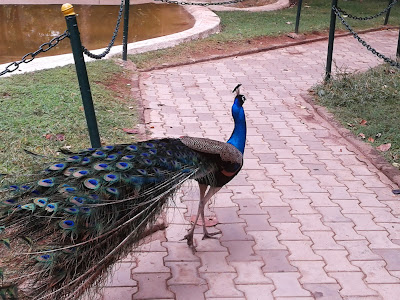 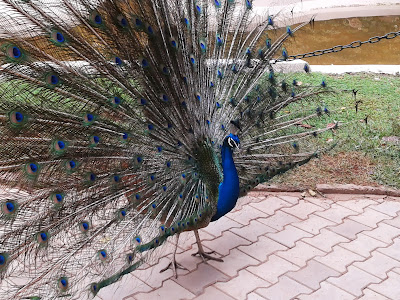 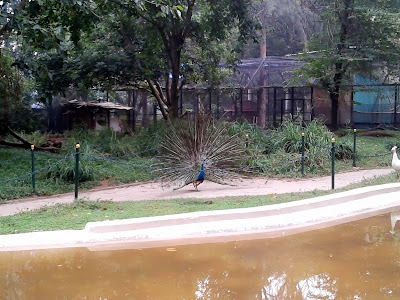 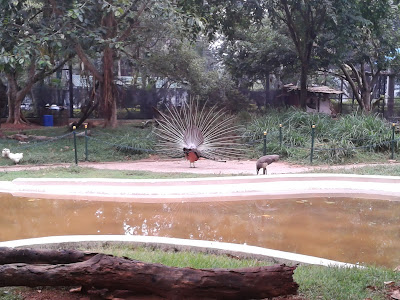 We walked along the path and came to a viewing platform that gave a rather good view of the lake. It was interesting to just hang out there and gaze at the water surface, observing all the bird and fish activity. 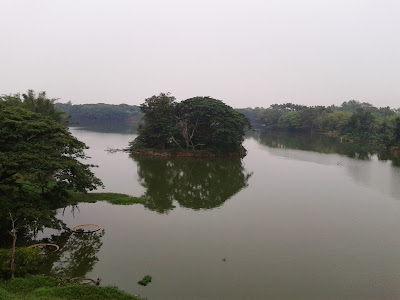 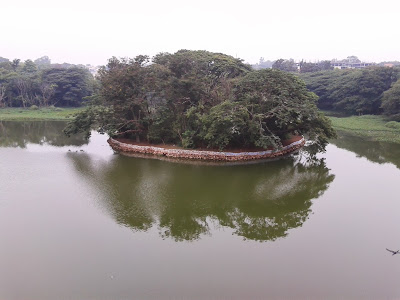 There was an area devoted to flowering plants that would attract butterflies, and indeed we did see quite a few .. particularly the blue tiger, common Mormon and the striped tiger. 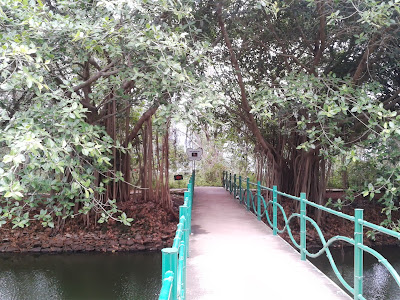 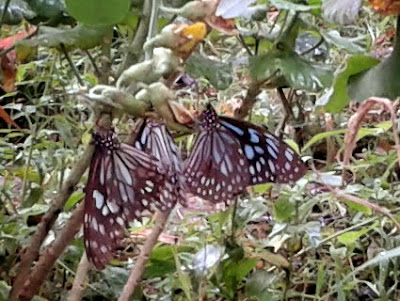 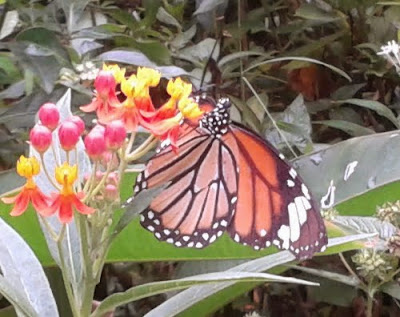 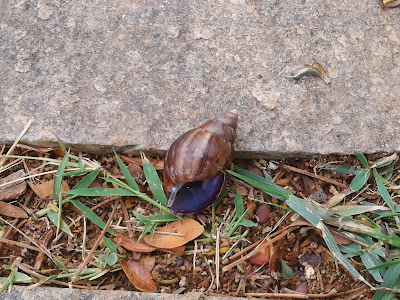 The water was full of hyacinths at a corner and we got to see the purple hyacinth flower. 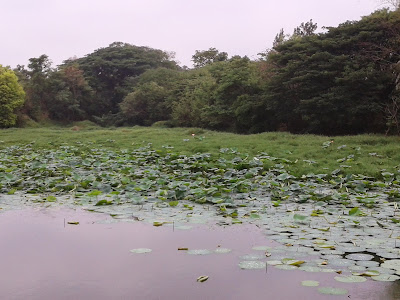 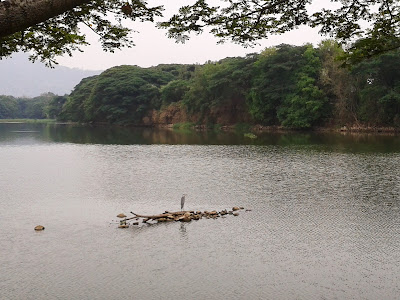 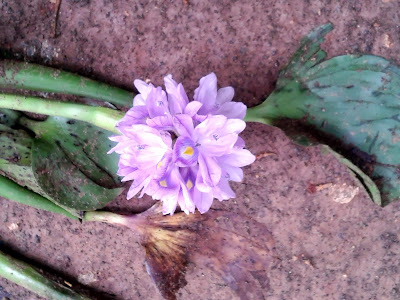 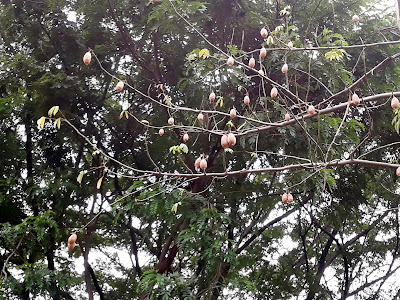