The red pierrot was much smaller than all the other butterflies at the Butterfly park, perhaps because it was the only 'blue'. It was flying around, quite fast and it is only after much waiting around that we managed to get a few shots. And well worth it! Such a spectacular pattern - orange and brown on the upper side wings and a beautiful orange, white brown spotted pattern on the underside. Kehimkar's book tells me that the larvae food is the Kalanchoe, of which there was plenty at the park. 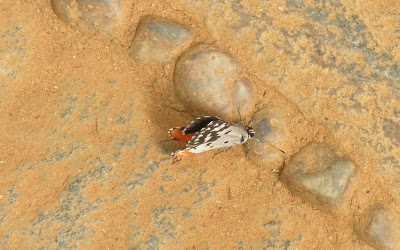 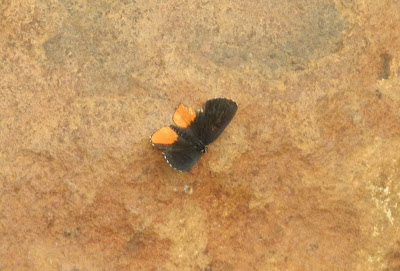 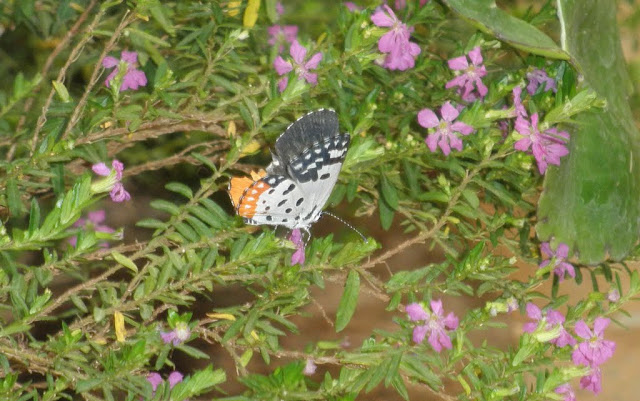 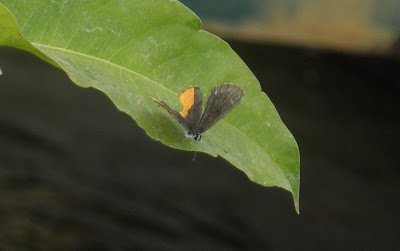